Breaking Up with Your BMI

Discover why the BMI is a misleading measurement of your low-carb and keto success.

Article originally published on Ketovangelist.com on 11/3/16. It has been heavily edited for re-publication. 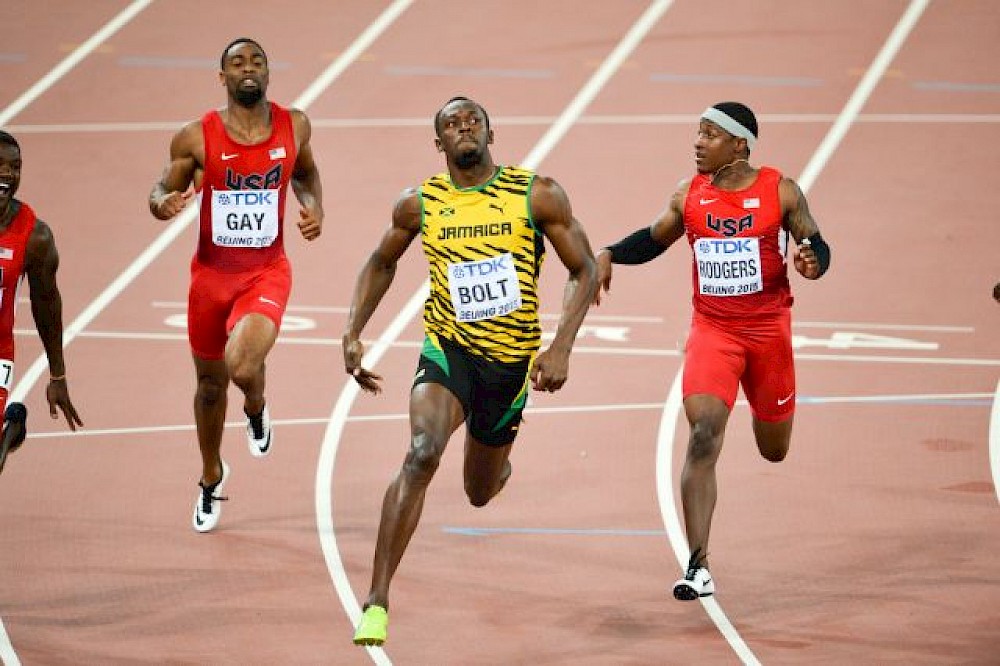 The above is a photo of Usain Bolt.

We know about Mr Bolt. Recently, the world came together and celebrated the XXXI Olympiad (31st world wide Olympic Games). Among the competing athletes was Usain Bolt, the man who has won the 100 metre and 200 metre sprints at 3 consecutive Olympic Games.

There isn't any argument that this man is fit. Very fit.

The Body Mass Index is much like a passive-aggressive person; it tells you things in such a way that you end up thanking it for insulting you. It's also like a horror movie villian...it just won't die. The BMI tells Usain Bolt that he is overweight. (Medical News Today)

That’s right. Usain Bolt, who has won all kinds of Olympic Gold medals for Jamaica, is overweight according to the BMI. That man is a sprinter, so he has all kinds of muscle and probably has a training regime that would kill me dead here in my office. I don’t know what Mr. Bolt weighs, but the scale and the BMI suggest something about him that his mirror, his trainers, his athletic ability, and (over the course of at least the last 12 years) the entire world can see is completely bonkers. This is just another reason to set yourself goals that don’t rely on the scale.

Mr. Bolt may be classed as “overweight” by the BMI, but he doesn’t look like he has an extra scrap of fat on him. What does this start to say about the usefulness of the BMI in being able to accurately calculate a person's actual body fat percentage? It certainly doesn’t take into consideration how fit or muscular he is. Even Adolphe Quételet, the man who invented the formula in the mid-nineteenth century, warned in his book, Treatise on man and the Development of his Faculties (Medical News Today) (Wiki), that it was a flawed approach to calculating human health and obesity.

We Are All Individuals

People have a very wide range of body shapes, types, and make-ups depending on which continent or area in the world from which our ancestors came. If you throw in the technology of travel and the love we have for wandering around and looking at things, suddenly, you end up with me: a 5’3” female with the genetic mix of Dutch/Lebanese/Irish/English and a broad Australian accent that could slide the paint right off a house. No matter how many sizes I lose (8 sizes so far), the BMI still tells me I am unhealthier than I really am. I have a genetic make-up which makes me 10-15kgs (22-33lbs) heavier than other people who are the same size in clothes as me. I am no muscle-woman, but if the BMI is habitually insulting to elite athletes then nobody is immune.

The bottom line is that every person's body is different, and our genetic heritage plays a big part in the way our body is made up. Our bones grow in different ways, our muscles sit on those bones in slightly different ways, those muscles grow (bulk up) in different ways. We continually see these individual differences through our increased access to forensic, medical, and anthropological science. We also know these things by intuition and experience.

The same holds true for a kilogram of muscle and a kilogram of fat. Muscle is significantly more dense than fat, meaning that any quantity of muscle will take up less physical space than the same weight in fat. The scale, and consequently BMI, not only fails to give proper consideration to this crucial information, it also does not account for other important factors such as bone density or how much water weight we are carrying, and those things can make a huge difference in our physical size and overall health.

Medical science has yet to come up with a Body Mass Index formula that reliably improves upon Quételets’ initial attempt. Slightly different calculations have been tried in an attempt to account for for different ages or heights, etc., but none can truly or reliably calculate for the wide range of genetics with which we are born. Thus far, the best medical measurement for body composition, the one that shows how much muscle, fat, water, internal organs and bone a person has, is a DEXA scan. These can be expensive, but they are proving to be reliable and are more widely available than ever. DEXA scans are also a more reliable way to estimate your resting metabolic rate and your total daily energy expenditure (respectively, how much energy your body burns over day at complete rest, and how much it burns per day accounting for all your physical activity).

When considering whether or not worrying about the BMI is worth my time and mental anguish, the word "unique" comes to mind, and makes me proud. I am glad that no one can stick a formula on my body and tell me how it should be. I want to be fit and healthy and to be able to feel great about myself on the inside and on the outside, and I think you should, too!

Knowing that the BMI, like the scale, is never going to be able to give us a complete picture of our health means we can give it the consideration it deserves (ie, not much) and concentrate on the things that are more helpful measurement of success, such as improved sleep patterns, improved mental health, better relationships, better physical endurance, better concentration, smaller clothes, improved personal bests, stronger muscles, being able to take the stairs, and increased energy. Looking and feeling healthier is always going to far surpass an arbitrary mathematical formula in usefulness and importance.