Recipe originally published on KetovangelistKitchen.com on 3/29/19. It has been lightly edited for re-publication. 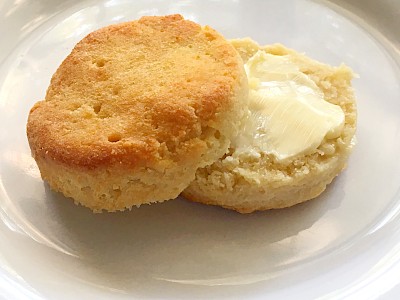 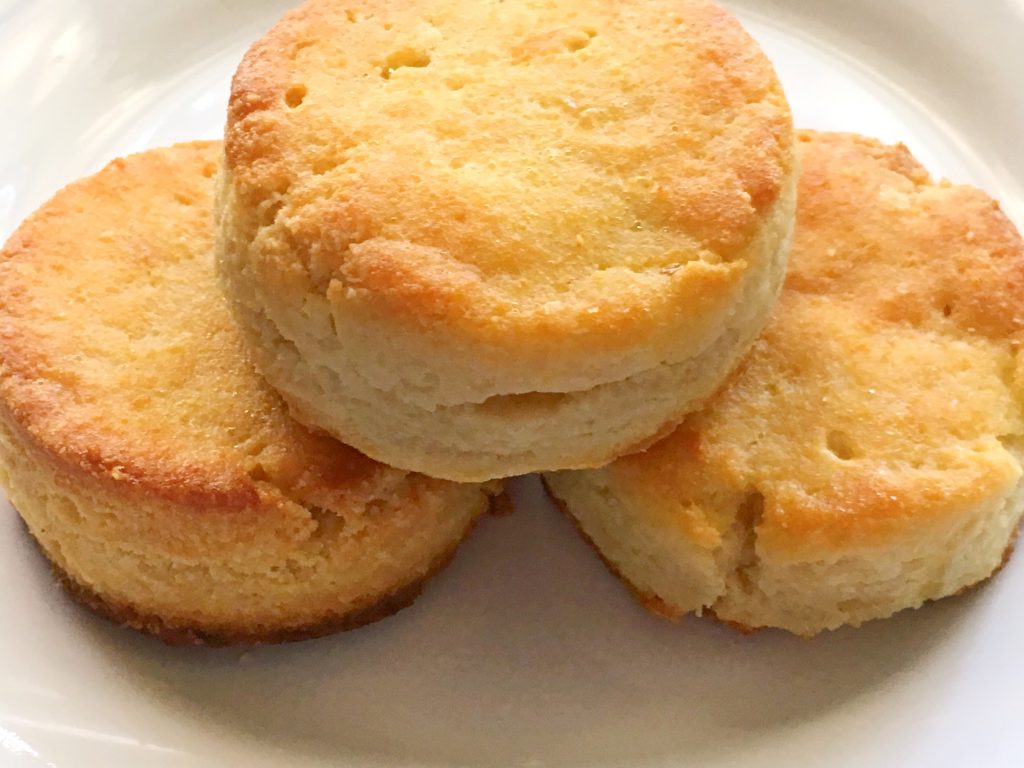 (The instructions for this recipe were updated 6/2/18)

Yes, I did. No, I don't feel guilty about it, even one little bit. Neither should you.

Buttermilk biscuits, and biscuits in general, are hard to re-create, y'all. No joke. As I've mentioned before, there are some chemical properties of wheat and gluten that are very difficult to mimic. Nevertheless, I've managed to capture the qualities of a "real" buttermilk biscuit here (and Lordy, am I proud of it!), but it's been a long road and included a lot of experimenting and testing (and re-testing).

In this recipe, there are two secret weapons: plain gelatin and plain MCT oil powder.  You can skip these ingredients, but they make a texture difference. I have been testing this formulation for months. Trust me.

The gelatin helps the biscuits stay moist and tender, while also holding everything together well enough that they don't crumble. For a Lenten Friday meal, I used one to make an egg and cheese biscuit and it was glorious!

The second secret weapon is the plain MCT powder. This stuff was truly the icing on the cake.... errr, biscuit. As I tinkered, getting the fat content just right was difficult. Adding more butter or lard, or even a liquid fat like mct oil or extra heavy cream would mess up the ingredient balance and run the risk of spreading or just being too wet. No one wants soggy, spreading biscuits.

Still, the more I tested, the more I realized something was missing. Something to give it a little extra crunch to the crust. That thing was the MCT powder. Just that little bit of extra fat, incorporated without throwing off the crucial wet-to-dry ratio, helped the tops and bottoms crust up perfectly. The result is a biscuit that's super tender inside but with a good bit of bite to the outsides.

Notes: I didn't list this as vegetarian or pescatarian-friendly, because it contains gelatin. Some practicing these eating lifestyles include gelatin, while others do not. For the purposes of my religious practices, gelatin is totally OK to consume during Lent, even though it's derived from animal bones. For whatever reason, it's not counted as meat (don't know why, but I'm just going with it). However, if you consider gelatin off-limits in your vegetarian or pescatarian diet this is one you'll probably want to skip. This recipe just works with the gelatin, and is well-below my personal expectations without it.

Obviously, I didn't use buttermilk. To get the same richness that buttermilk provides, as well as that slight tang, I simply soured some heavy cream by adding vinegar. That's really all there is to it.

Also, it's really important that you don't overwork the dough. Your hands are warm, and so is the ambient temperature in your room, so the more you mess with it, the more you run the risk of overheating the cold fat and having your biscuits spread. Same goes for processing it in the food processor. That wonderful gadget makes it super easy to cut the cold fat into your dry mixture, but remember that it produces heat as it runs, so go light on the pulsing.

Lastly, I put this in the notes below, but I pretty much always get 7 biscuits from one batch of dough. I know that's an odd number, so if you wanted to use a cutter slightly larger or smaller to even it out, it's fine. Just watch it once you turn down the heat in the oven. When the tops are golden, so are you!